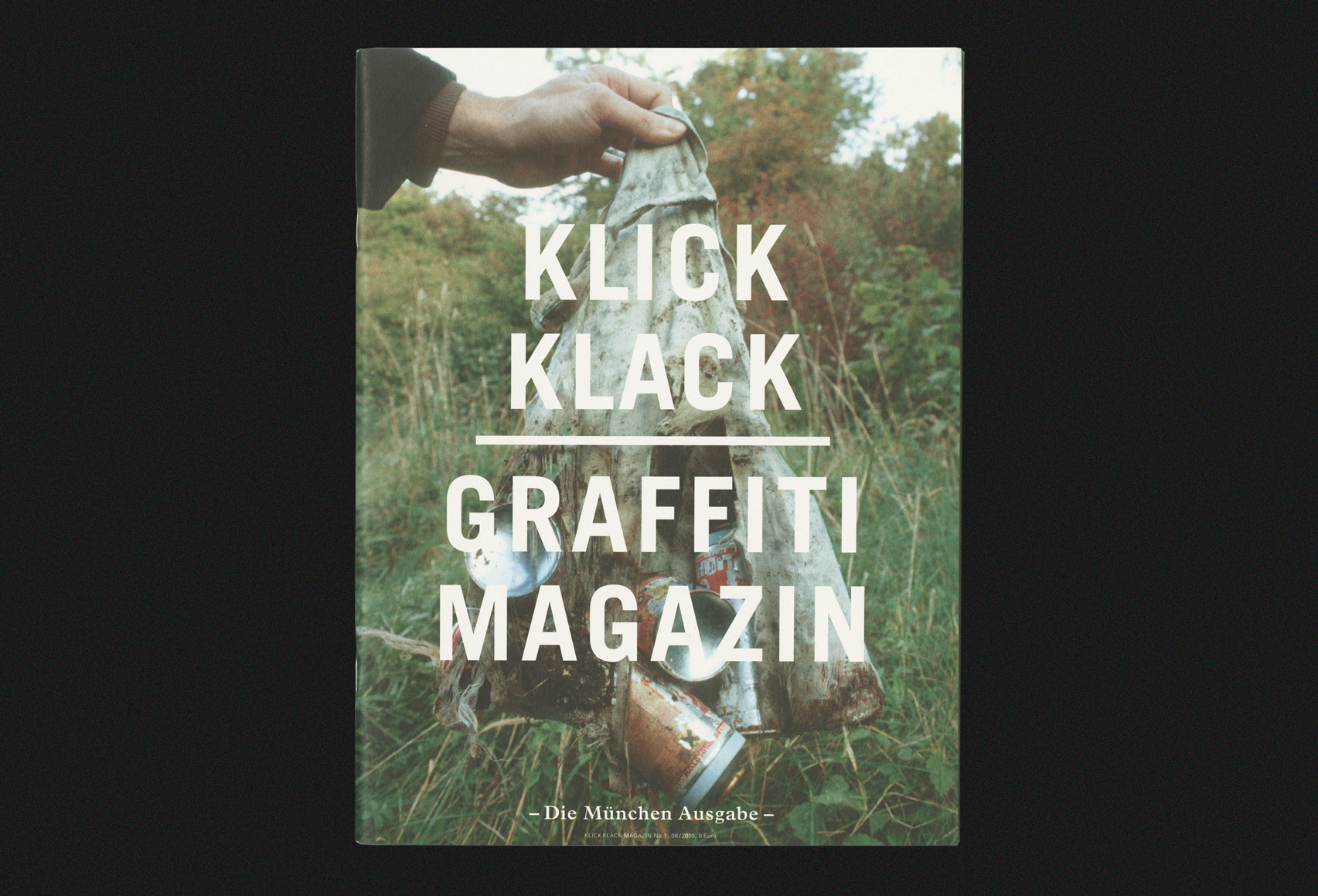 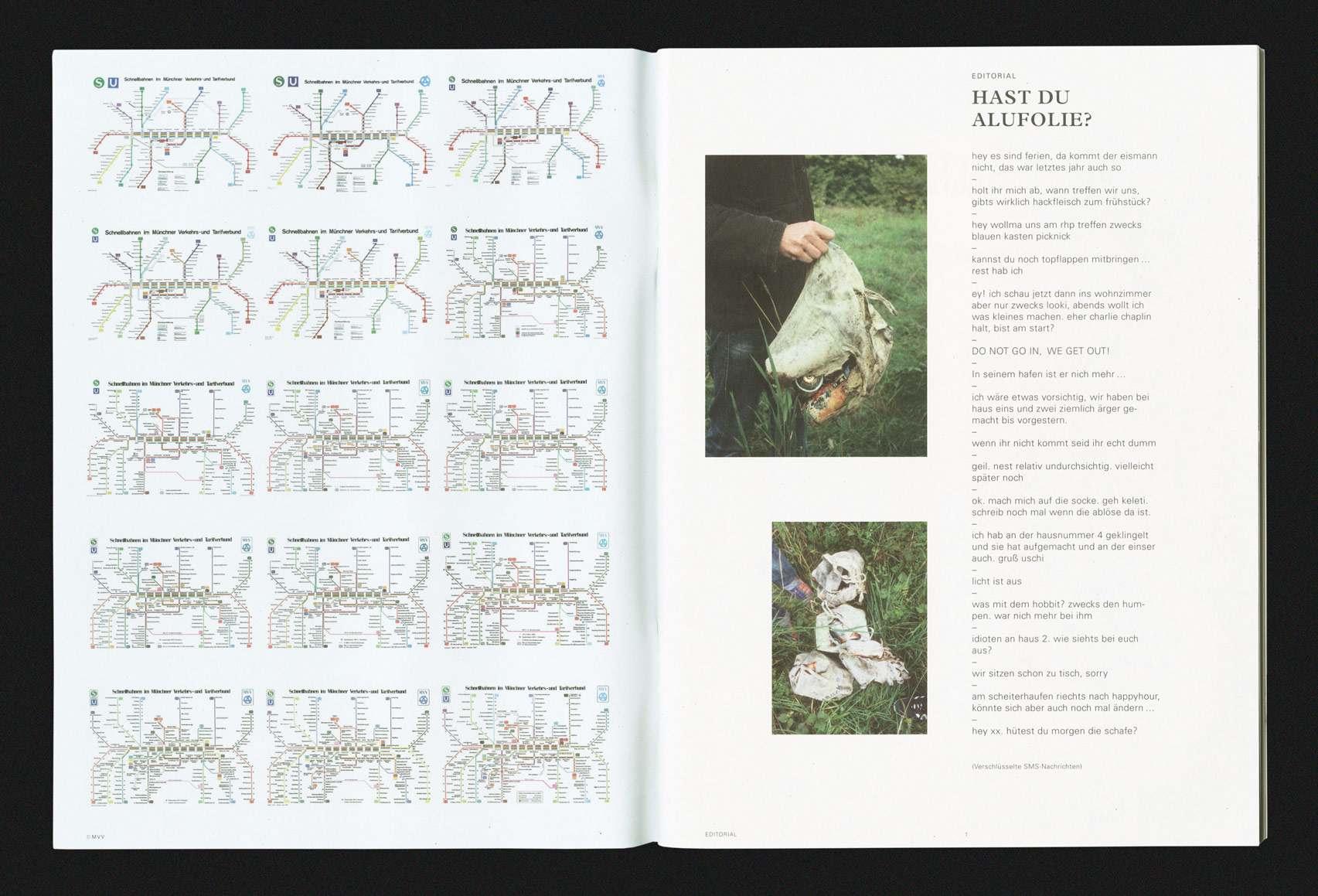 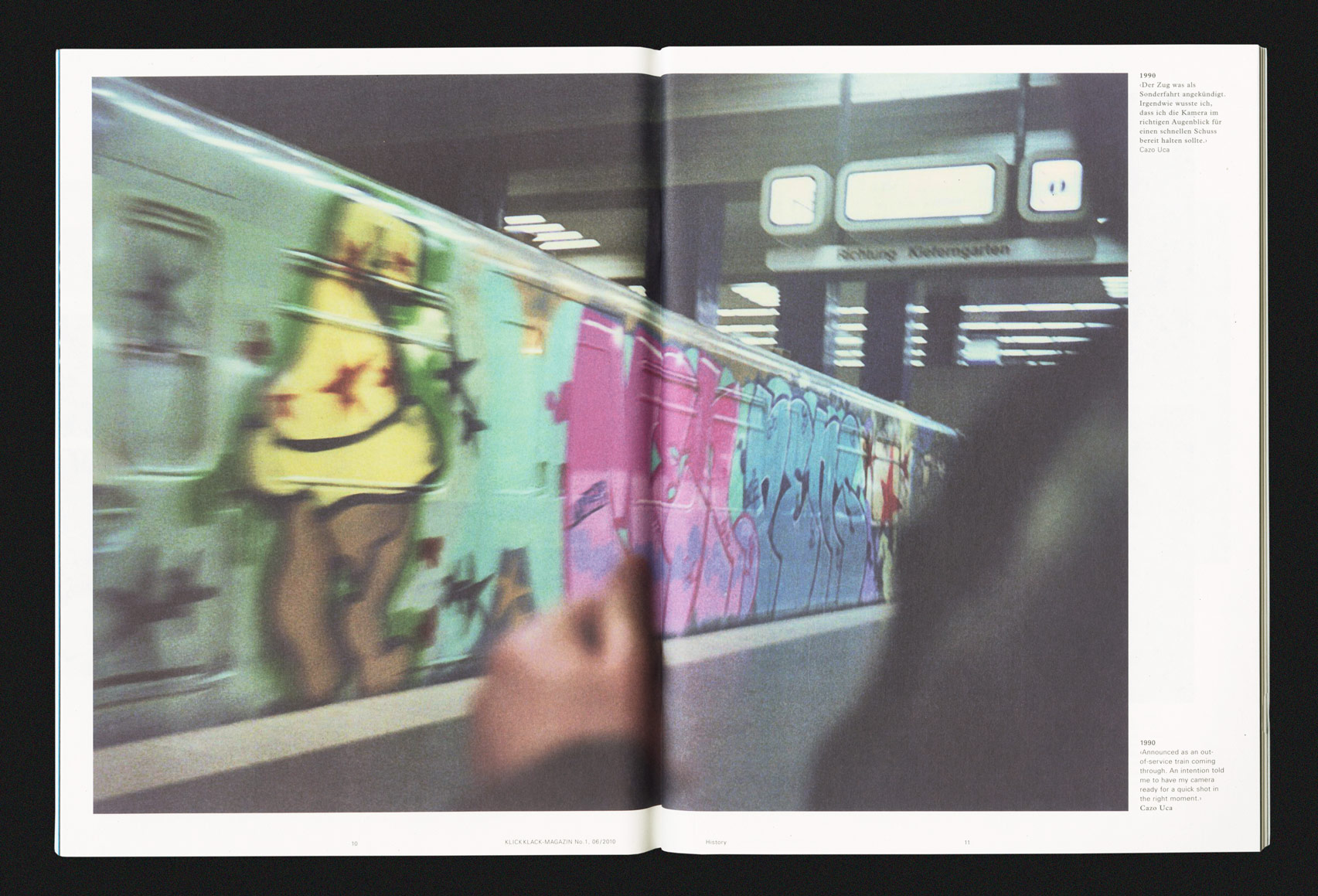 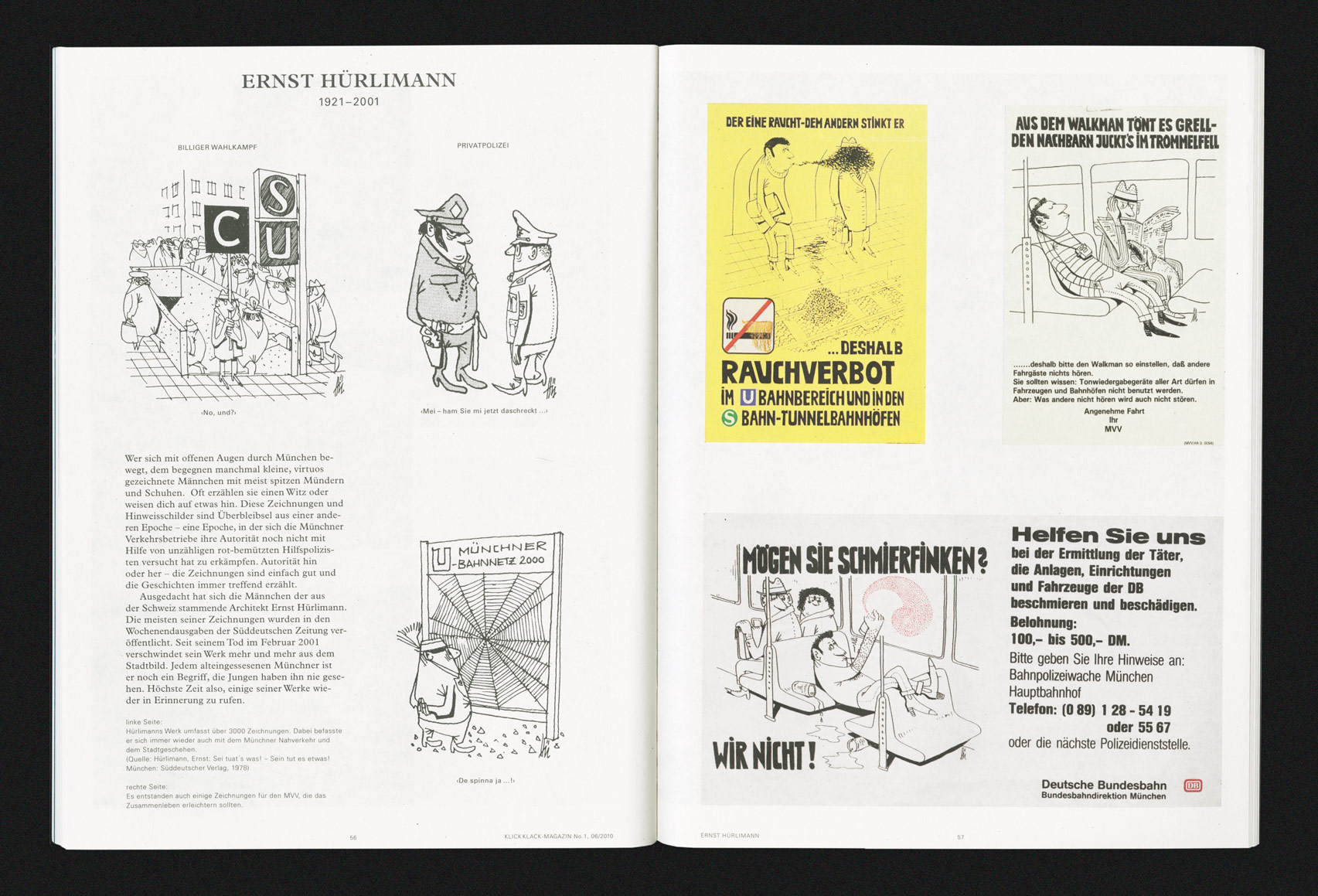 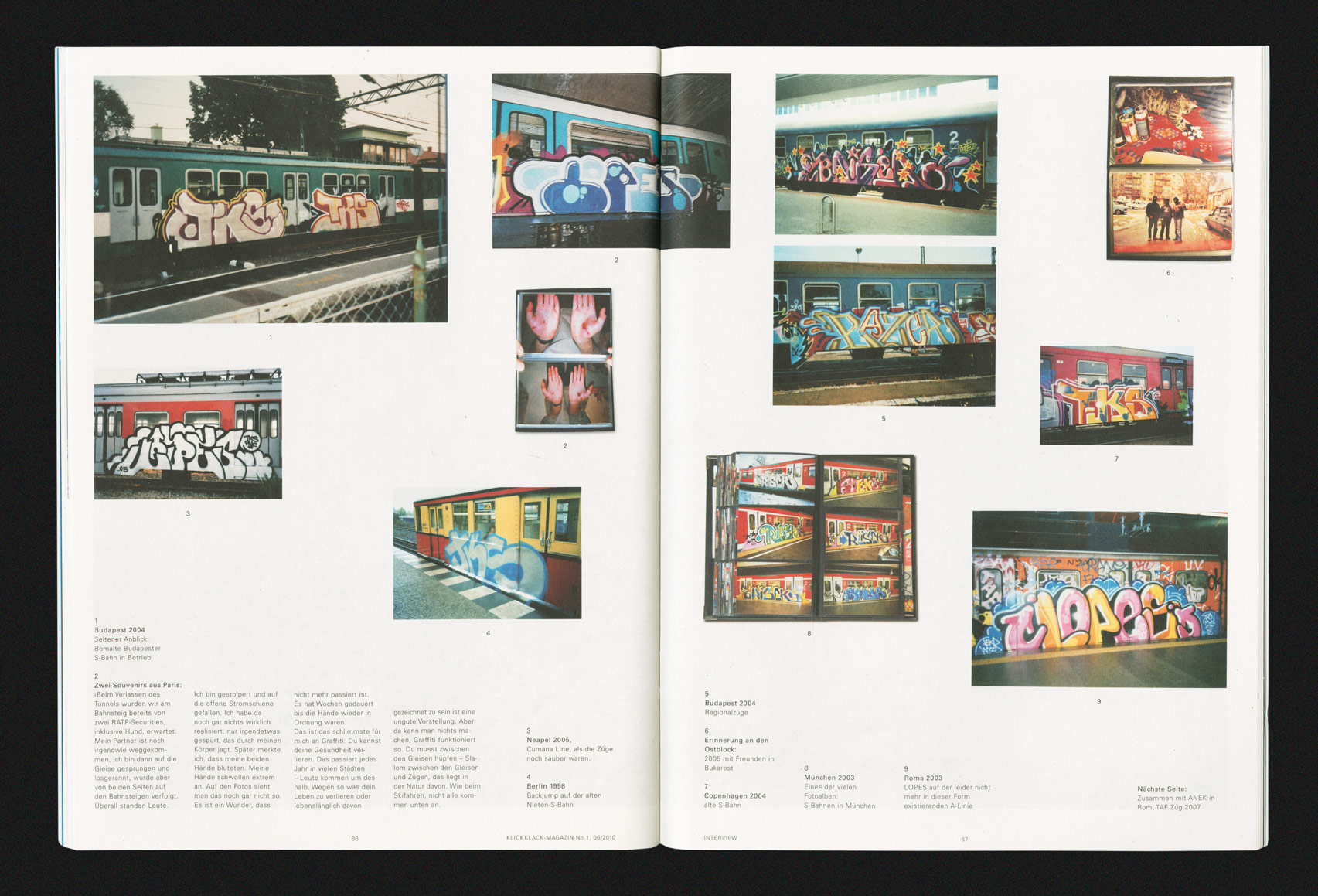 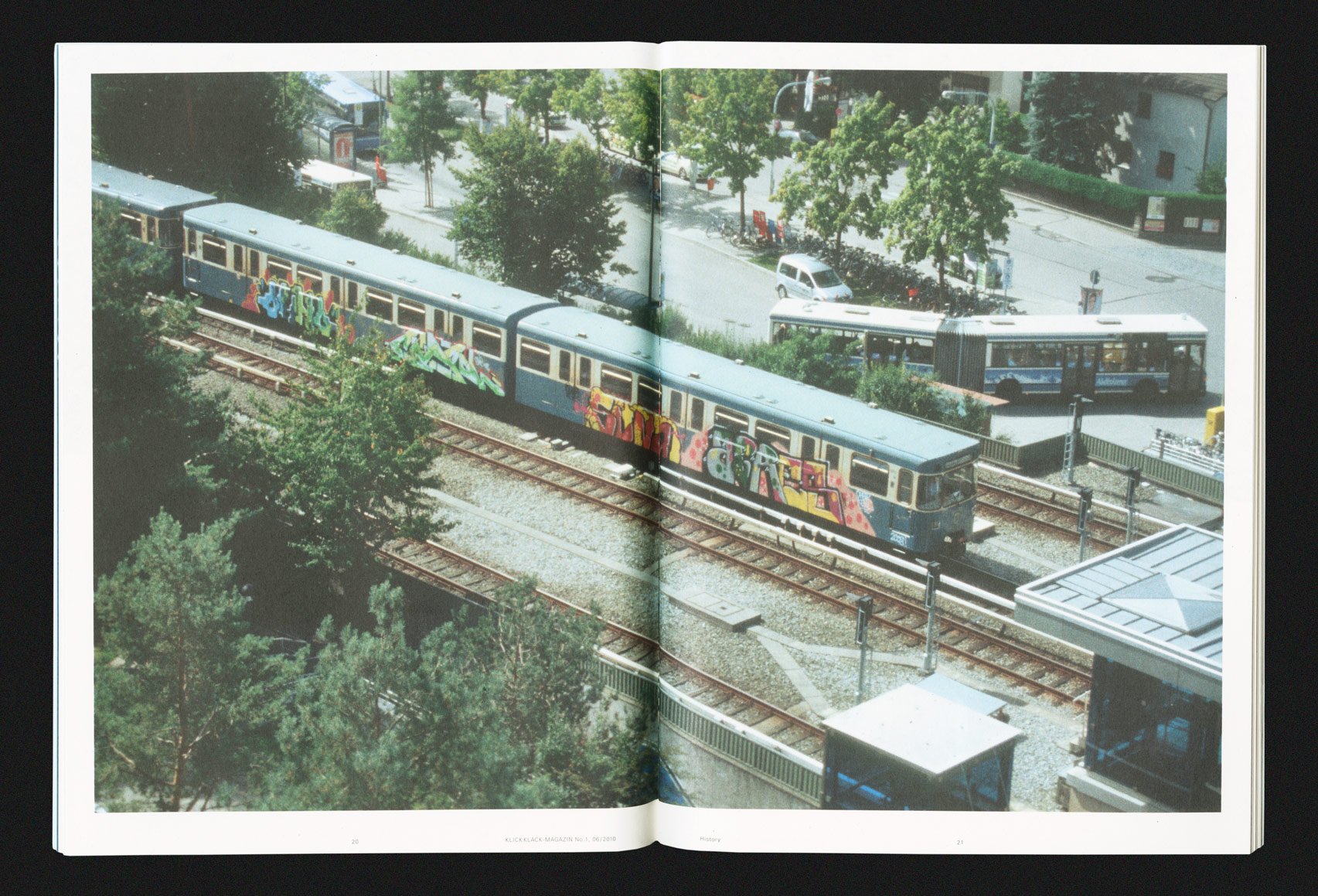 THE MUNICH ISSUE
This broadly based compilation of the Munich graffiti scene is focusing on its local characteristics: both its polarizing presence and its prominent role in the past. Next to a hand-picked selection of painted trains, it contains well-researched reports and essays about the city’s subway system as well as reflections on styles and graffiti itself, rounded out by a tribute to the caricaturist Ernst Hürlimann and a large special feature and interview with Lopes from TKS crew.